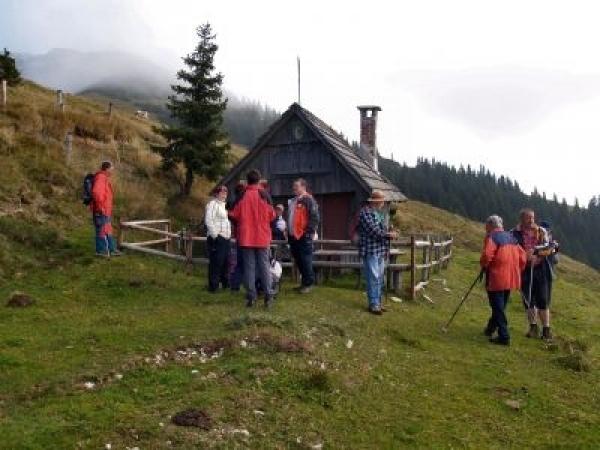 Every year, on the second Saturday in September a meeting on Rožca is organised.  The organisation of the event alternates annually between the Tourist Society Golica on the one side of the former border and the Municipality of St. Jakob from Carinthia on the other.  When Slovenia became independent, the border was released and Tourist Society Golica and their initiator Franci Smolej wanted to strengthen their relationship with neighbours on the other side of the Karavanke. In cooperation with Boris Bregant, former mayor of Jesenice, the meeting got intermunicipal character. First meeting was held in 2001 on mountain pass Rožca at Mokot cottage, later on it moved to shepherd’s cottage on Jeseniška planina. Every other year the meeting is held in Austria on Rožca. Later the meeting was renamed to Arh-Jalun meeting as it was supposed to be the continuation of friendly meetings of fire-fighters from both municipalities. However, in recent years the name Meeting on Rožca has been used again. The meeting is for all people of good will, who like this type of socializing and the beautiful nature of the Karavanke, and have no prejudice about which side of the border people come from.