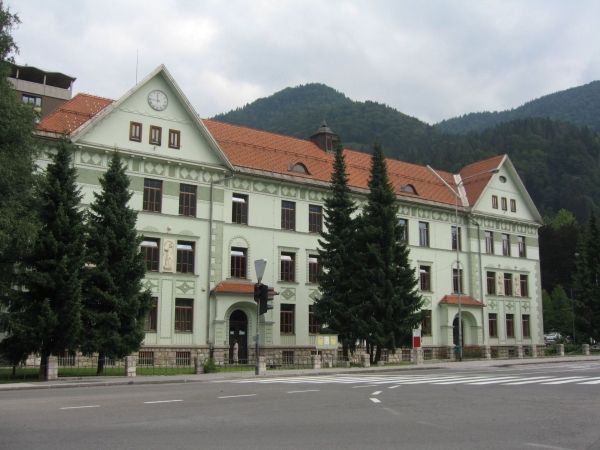 It was built in 1914 by Rudolf Petz and it is one of rare preserved secession buildings in Jesenice. Rhombic stucco details on the facade are supplemented by shallow relief with images of boys, symbolising science. It was built for the purpose of compulsory public school, and since 1958 it had been housing the so-called lower and higher gimnazija. The building was renovated in 1994 and painted in the original green colour. Today its houses gimnazija, including sports and European classes.